When Danza Viva Director Sofia Pratt signed on to create a show for the 2017 Perth Fringe World Festival she had no idea what she was doing. She titled the show ‘Loco’ because at the time of registering she really didn’t know what was going to end up on that stage.


“All I knew was I was being reckless – a little crazy, maybe. I was a dance teacher first and foremost. My day to day life was teaching a very tradition-based Spanish Dance syllabus and coaching kids and adults to perform to a professional level,” Sofia explains. “As much as I loved that side of things I also knew I wanted to do something completely different and outside my comfort zone. So I signed up to do a Fringe show, called it the Spanish word for crazy, and then figured things out from there.”

‘Loco’ was a small-scale show at Laneway Lounge on a tiny, flimsy stage better suited to stand-up than dance. It was strange, introspective, comedic, and very much experimental. And it was for one night only. 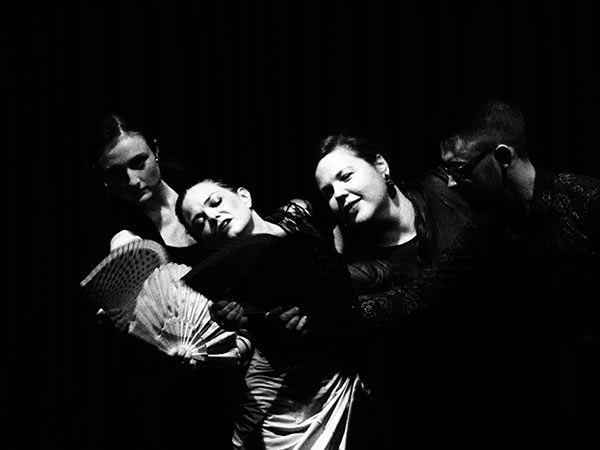 
“Doing that show was a cathartic experience for me,” Sofia continues, “I remember a colleague shaking her head at me afterwards and saying that I had ‘balls of steel’ and I’ve always taken that as a sign I did something right.”

Sofia wasn’t prepared to wake up in the middle of the night in Europe a couple of weeks later, pick up her phone and find her silly little show had won the Dance and Physical Theatre award. And so a love affair with Perth Fringe began. 
'¡Si!' is Sofia’s fourth brand-new production for Fringe, and represents a departure from what have previously been very personal affairs. Audiences can expect to witness powerful, feminine energy from all ages performing inspiring Spanish and contemporary dance.

“This show isn’t just about me,” Sofia describes, “It’s about my students and the work we have been doing together over the past five, six years. It’s about the bonds that we have formed and how we make each other stronger. I can’t wait to share the stage with all these incredible women and girls.”

'¡Si!' plays The Royale Theatre 6 February.
Tweet
« 5 Ways To Experience Paris And New York In One Night With Catherine Summers Kate Harman Breaks Boundaries In THREE From Australasian Dance Collective »
back to top