Rain Or Shine Celebrates A Legend: Greenland Does Garland 
Actress Kerrie Anne Greenland has written, produced and is starring in her production of 'Rain Or Shine', an exploration of Judy Garland based on interviews, stories and uncovered online autobiographies.

This production has been eight years in the making, as Kerrie began her research the second she fell in love with Judy Garland.

“As soon as I started, I remember reading a lot of the biographies that people did on her and a lot of her own interviews and thats when I stumbled across her own autobiography, as she meant it to be.

“I guess from there I started collecting for myself my favourite stories that she told or my favourite ‘Judy Moments’, so there was something I could try to put into a show one day,” Kerrie Anne explains.

But Kerrie wasn’t always such a fan, as she admits shamefully.

“I remember in my first year of my degree one of the girls was singing 'The Man That Got Away' and one of my friends turned to me and said. 'Gosh, Judy Garland, you kind of sound like her, you should sing her stuff,' and I was like 'Ahh... Who?' – as a side note I did not let on, and I have since been told off by many a gay for not knowing who Judy Garland is,” Kerrie laughs.

From there, Kerrie got the opportunity to play Judy in a show in her second year of university and the obsession was born.

“I fell in love with singing, her material, and trying to replicate her performances because not only is her instrument incredible, I love her voice, but the presence that she has and the way she moves as a performer,” Kerrie says. 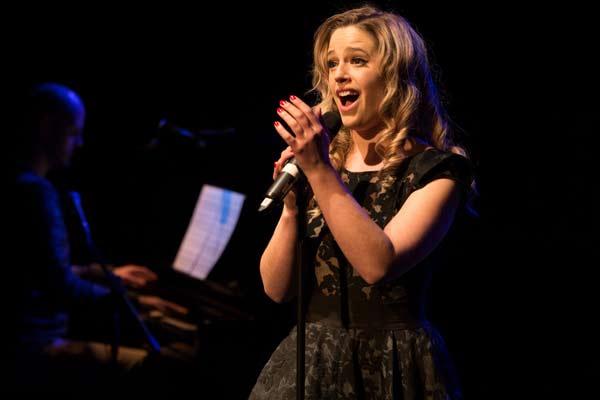 
Kerrie Anne herself is quite the performer and has been from a young age.

“My mum said I was singing before I was even talking, I used to lead the school assembly when I was five years old, singing. Because I was so into it my parents put me into dance and drama when I was eight. So I was always doing that and singing in choirs and things, but I was at university studying psychology of all things when I heard that there was this university course in WA, doing a musical theatre degree at a place called WAAPA (Western Australian Academy Of Performing Arts).

“I was like 'Oh, I’ll audition for that because that would be amazing', and then I got in. The year after I finished my degree 'Les Miserables' auditioned and then I went on tour with that for two-and-a-half years of my life and here we are on the other end,” Kerrie says.

The name of the production, ‘Rain Or Shine’ is a reflection on the two sides of Judy Garland and of course based on her song ‘Come Rain Or Come Shine’

“We get to see Judy the way that people really loved her and I guess what she saw herself as as well, so thats the shine part. The rain part is how she emotionally was able to connect into the songs and the drama of what she was singing, but also there would have been some really really difficult points in her life, so I wanted to play on that as well.”

Tweet
« Claudia Barrie Explores 'Girl In The Machine': Technology At Its Most Dangerous The Sui Ensemble En Route To Educate With La Silhouette »
back to top