Rachel Arianne Ogle's world is dance, and she's just living in it.


Through the medium of two performances in Western Australia, Rachel explores a massive shift in her career trajectory, performing in one but having written both.

Experiencing a new side of dance in creating the performances, Rachel hopes to deliver something transformative. Here, she answers some questions about her shows.

You've choreographed both these pieces. Where did the drive to create the shows come from?
These two works were created at very different stages of my creative practice, so they were each driven by very different motivations and approaches. When I began to create 'precipice', I had no ambition to be a choreographer. But I had arrived at a point in my artistic life where I had some ideas that I was curious to play with, and for the first time I felt like I was ready to do that with some bodies in space that weren’t my own. It was really the first time that I had stepped out from being on the inside in an attempt to explore something, which shifted my focus considerably. This allowed me to embrace my imagination and intuition coming together and guiding me into unknown territory, while giving the perspective of being the outside eye to what was unfolding. It revealed different possibilities to me which I don’t think I could have seen from the inside. It was only at the end of the first stage of  development, that I realised I was making a show. And so from there, it continued to grow for two and a half years before we arrived at the premiere season in 2014. 'i have loved the stars too fondly to be fearful of the night' began from a design concept that has a momentary presence in 'precipice'. During the production week in the theatre for 'precipice', my design collaborators – Benjamin Cisterne and Luke Smiles – and myself, began to discuss the potential for that design element to have a show of its own. So it started from there, and the work became a response to the design. This was a very different point of departure for me, as I had previously always started from the body. The resulting work was completely different to anything I had made before, and feels very much like ‘the other side’ of 'precipice' – therein being its sequel.

Why did you decide to only perform as part of one of these two shows?
Performing in 'precipice' was never a consideration for me – that was always about me working with other bodies and discovering how I create from the outside looking in. This also places me in a much clearer position to direct and give feedback to the dancers. However 'i have loved the stars too fondly to be fearful of the night' was always going to be a work for a solo performer, and it never felt like a question that the performer would be me. The work is incredibly personal to me so I felt like somehow I didn’t have a choice in it... The work had already demanded that it come directly through me to the audience. I also think I felt more ready for the challenge to go back to being on the inside of what I was creating, after I had made 'precipice' from the outside. 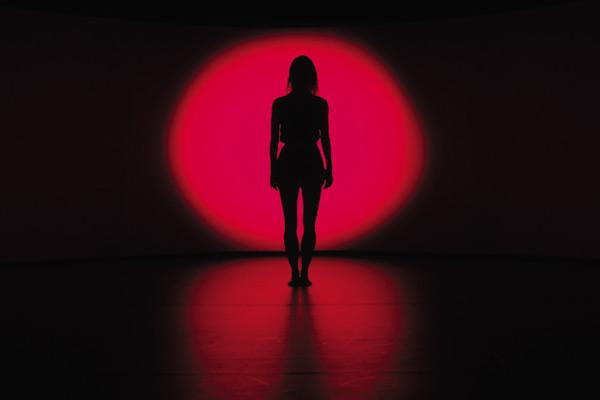 
The pieces act as a career retrospective for you. What do you think is your most memorable career highlight?
These two works signify a massive shift in my career trajectory, when my own creative voice began to emerge. I started to trust myself enough to follow my instincts more into the unknown world of creating, and choreography began to hold more weight in my practice. That in itself is a highlight, as it was a turning point both in my evolution as an artist, and also as a person. Learning to trust this voice also opened other doors and opportunities for me – such as the commission to create a work for Sydney Dance Company in 2016 for their New Breed season. That was also a highlight, offering me the opportunity to work with some of the most skilled dancers in the country, and with the full support, infrastructure and generosity of one of Australia's most prominent dance companies.

You've performed with a range of companies and created work for lots of people. What's the most rewarding thing about what you do?
I think for me it always comes back to the connections that I make through dance with people from a diversity of backgrounds, cultures, ages, experiences and abilities.    Whether I am performing, choreographing, teaching, facilitating or participating; working with students, professional dancers, non-professionals, adults or children; at home or abroad or in remote communities... the exchange experienced through the shared language of movement is humbling, empowering and joyful.

How would you describe dance and its many facets?
Dance for me is an incredibly powerful yet elusive art form that transcends words, continually leaving me moved, affected, challenged, inspired, perplexed, liberated and intrigued. It can be deeply felt and experienced by all, purely through the shared experience of the human body in time and space. It has the power to transport and move an audience, and generate a visceral, kinaesthetic response in the body of the viewer. It demands the dancers be completely present to the point that they become transparent – so that the audience can transiently see the world through the dancers' bodies. It makes me feel connected and alive on physical, mental, emotional and spiritual realms, all at the same time.

What drew you to it?
Standing at the back of my sisters calisthenics class as a three-year-old, and copying all the moves for two years, until my mum finally let me join the class myself! I was completely hooked from the beginning, it was like some kind of invisible force that pulled me into its orbit. Once it had me in its sphere it was clear it would have me forever. However I didn’t discover contemporary dance until I auditioned to study at WAAPA many years later. Suddenly a whole new world opened up to me, and I fell deeper in love with dance than I ever could have imagined. 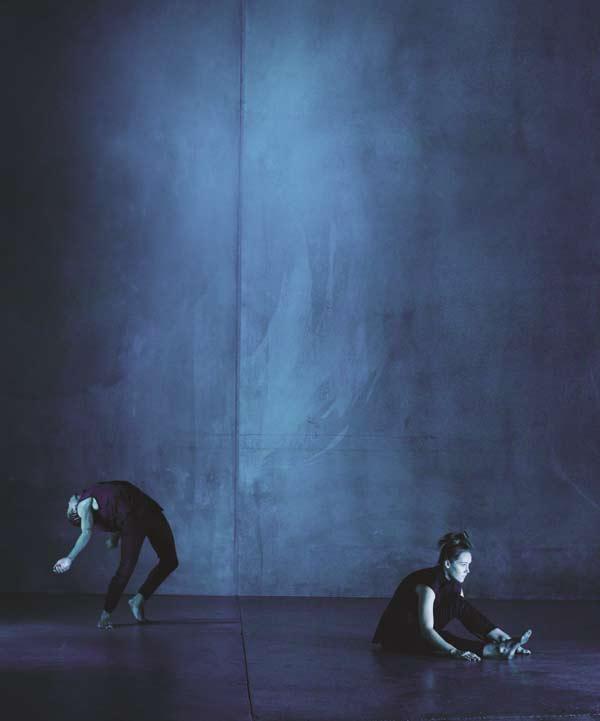 
Do you have any particularly prominent goals that you'd like to achieve in the next five years?
So many! I am currently making a new work that is my most ambitious to date in its vision, scale, design and how the audience will engage with it. It is still in the early stages of development, but I am excited to see that work come to life over the next couple of years. I am also interested in making more bespoke works for less conventional spaces, and to continue to expand the diversity of artists that I collaborate with. Continuing to travel is always a big goal, to connect with other people, places and cultures, and discover more about the world and all it has to offer. I would love to be able to combine that with touring my work, to also learn more about my work by having it reflected back to me through different eyes and cultures. I want to keep forging new directions for my curiosities so that my practice keeps evolving, while also honouring my history and lineage. And I want to keep finding new ways to share that with my community, and to support others in having a platform for their own voices to be articulated and heard through their art. And at the heart of all of that, I just want to keep dancing...

'precipice' plays State Theatre Centre of WA from 29 May-1 June, and 'I have loved the stars too fondly to be fearful of the night' plays PICA Performance Space 5-8 June.