Queensland Theatre is set to prove the power of a great story with their 2022 season.

“Our 2022 season boldly crosses all boundaries, altering time and place and transporting us from Brisbane to Paris, Afghanistan, Far North Queensland, Vietnam and Arkansas,” Lee says. “It will carry us across the decades, from the 1890s to the 1940s, to 1975 and 2011, and will bring us back to the current moment, reflecting the issues that matter deeply to us now.”

The year begins with a fresh version of Edward Albee’s ‘Who’s Afraid Of Virginia Woolf?’.

“In so many ways, this play really shouldn’t be funny, but it is,” Lee notes. “Audiences will delight in the caustic, brutal and spectacularly petty antics of the two couples behaving badly in this modern staging under Margaret Harvey’s skilful direction.”

March will see the world premiere of Christopher Johnston’s debut work ‘First Casualty’. Christopher is a currently serving member of the Australian Defence Force, and a veteran of Iraq and Afghanistan. It’s set in a remote Afghanistan outpost and reaches beyond the headlines of this 20-year war.

The presentation of Hannah Belanszky’s ‘don’t ask what the bird look like’ means the Bille Brown Theatre will become a little more tranquil. This gentle tale was a finalist in the Queensland Premier’s Drama Award 2018-19 and makes its world premiere, directed by Isaac Drandic (‘City Of Gold’).

‘Bernhardt/Hamlet’ from Theresa Rebeck is a treat for lovers of a big, theatrical play.

In July, Wesley Enoch returns to direct his musical ‘The Sunshine Club’ with music by John Rodgers. The work brought together some of the biggest First Nations talent in 1999. 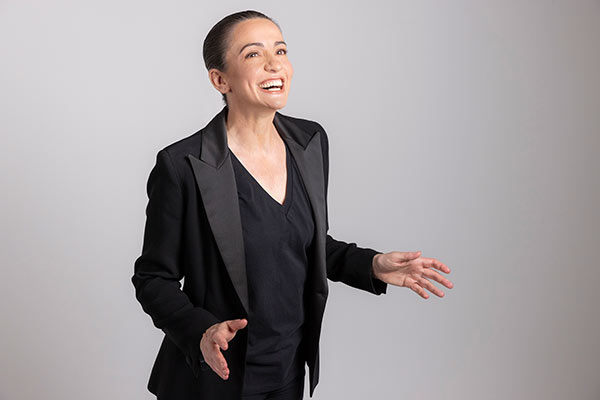 
Powerful and honest family drama ‘The Almighty Sometimes’ from Kendall Feaver will hit the Bille Brown Theatre in August.

Then, Shakespeare arrives with ‘Othello’, adapted by Jimi Bani and Jason Klarwein. This tri-lingual production illuminates the vital role of the Torres Strait Light Infantry Battalion during World War II.

‘Vietgone’ from Qui Nguyen will whisk audiences to America for a wild road-trip romance. The work features Ngoc Phan (‘Boy Swallows Universe’) and is likely to be the only 2022 production to include live hip hop.

“2022 will be about recovering from the last two years,” Lee Lewis says. “If there is anything we have learned in this time, it is that theatre remains vital. It is so essential that we gather together as a community to hear the stories that are important and urgent right now, that will help us imagine our future together.”

“And together, we can celebrate the power of a great story, told by talented artists, to change our night, our year, and sometimes, our lives.”