Greg Horsman is responsible for the choreography of 'Glass Concerto', and he's collaborating with George Wu for the fashion and costumes.

Your choreography boasts speed and precision of the artists of Queensland Ballet. What kind of story does 'Glass Concerto' tell the audience?
The ballet doesn’t really tell a story as such, but it does have some themes of not wanting to let go of something or not wanting to move on in a sense. Ultimately I would like the audience to form their own thoughts on the ballet and discover whatever they can from it. 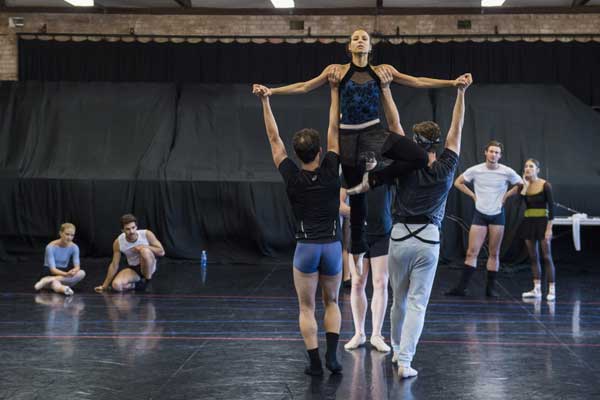 How long have you been working on this choreography and what inspired you to create the piece?
Well I had choreographed the first and second movements in 2013 this was for a QB Dance Dialogues season. As I only had three weeks to create it, I didn’t get to choreograph the third and final movement. I called this ballet 'One More Breath'. Li Cunxin then asked me in 2014 if I could choreograph a ballet for the Jette Parker Young Artists to perform at the Prix de Lausanne in 2015. I suggested maybe they do 'One More Breath' and I could finish the ballet. He agreed, and so I was able to choreograph the third movement and the name of the ballet was changed to 'Glass Concerto'. When Li wanted to include this ballet in the 'Raw' season I was very pleased, as it has given me the chance to improve the ballet. So, in answer to your question, I have been working on the choreography for five years.

'Glass Concerto' premiered at the 43rd Prix De Lausanne Gala in Switzerland, was this your first time presenting your work overseas?
I have choreographed for other companies and schools overseas before, but this was the first time presenting something I created here in Australia overseas. What has been the reaction of the audience of the show so far?
The audiences that have seen this ballet have reacted very enthusiastically and I hope that this new version will have a similar reaction.

You've also been collaborating with Brisbane-based fashion designer George Wu, what made you decide he was a fit for the show?
As the costumes for this ballet were originally from what was available in the wardrobe department, I was keen to have costumes designed specifically for it. I met George last year and he was going to maybe design costumes for a ballet I was creating at the time. This didn’t happen because of several reasons unfortunately. When Li said he would like 'Glass Concerto' in the programme of 'Raw' I suggested maybe George could design the costumes, and I am so happy we have been able to make this happen. He has done a fantastic job at designing costumes that are just right for the ballet and I love them.

Tweet
« Lady Eats Apple Is Exploring Death In Sydney Exploring Offence and Political Correctness In The Homosexuals, Or Faggots »
back to top