No End Of Blame

Sport For Jove Theatre Company present ‘No End Of Blame’ by playwright Howard Barker with the Seymour Centre this month.


Directed by Damien Ryan he takes us through what to expect: “Certainly something a bit different, we’ve obviously done a lot of work with the classical canon where people kind of know what they’re expecting from a Shakespeare play. This is a very different thing; Howard Barker is of course in some ways, quite an unknown playwright to Australians. It’s kind of a full on play, there’s some fairly intense nudity in the play, there’s graphic language and that sort of thing so it’s a pretty full on theatrical experience seeing any Howard Barker play. But ‘No End Of Blame’ is an extraordinarily intelligent piece and a very prescient one that is written about the power of the pencil. People putting a pencil mark down can be a very dangerous thing; you know it can write 'Mein Kampf'. The play is very funny and very humane while also being very inhumane and very shocking. He’s a deliberately divisive playwright; he wants an audience to walk out of a play arguing.”

The play follows a painter and a cartoonist across the 20th century spanning 60 years and Damien sees links to current issues. “The point being a political cartoonist keeps getting his voice silenced and his right to free speech crushed both behind the Iron Curtain and in what we would call a Western free democracy like Britain. It’s incredibly contemporary, very, very relevant play about a very kind of hot issue. It’s called ‘No End Of Blame’ because that’s what cartoonists do, their job is to get up in the morning and point the finger at things and sometimes very unpopular things. Sometimes it’s a popular comment and sometimes they make a very cruel and brutal comment.”

The Director is also full of praise for his cast taking on this new type of work for the company. “They’re out here really putting themselves on the line with a play like this. It’s been an incredible experience working with this group of people. There’s almost 60 characters in the play but we’re doing it with only eight actors. That always has a wonderful effect, when you get a smaller group of people; an audience always gets very attached to the actor not just the character.” 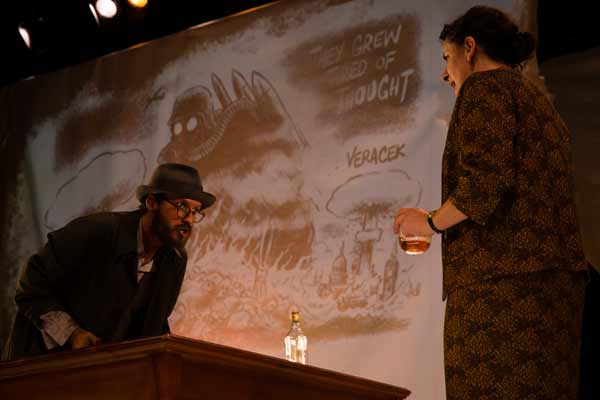 Real life political cartoonists Cathy Wilcox and David Pope have contributed original work for the play which will be projected up on stage. Relating a scene from the play, Damien, the former journalist, explains “through that tiny window at the bottom of the Kremlin we see the Soviet Union at work and the minds of North Korea, the minds of Donald Trump saying these journalists can no longer come into our briefing sessions. Refusing to give interviews, because they’re all on Twitter now. It’s the vision of the world through the unrecorded history of ordinary people; I suppose is what appeals to me about Barker and what reminds me of the world of Shakespeare.” 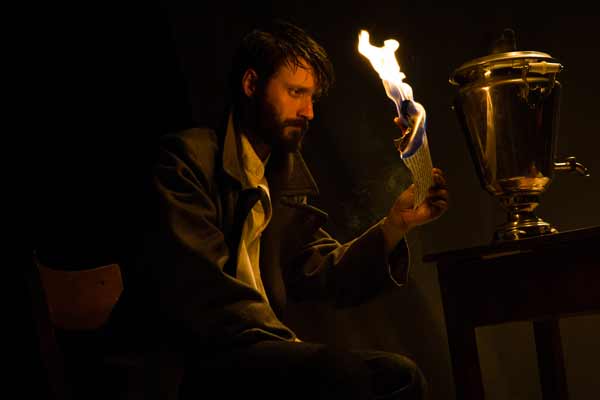 Despite those similarities to The Bard, Damien understands Barker’s work will be a departure for Sport For Jove, “I have a feeling some people will go ‘God what is he doing this for?’ But I really believe in this play and you know you’ve got to do different things or you get stale.”

‘No End of Blame’ plays at Reginald Theatre, Seymour Centre until 28 October.

Tweet
« Let The Right One In: The Vampire Stage Thriller Comes To Perth Once We Lived Here Comes To Perth's Blue Room Theatre »
back to top