Queensland-based singer Naomi Price is no stranger to music superstars.

Price recently starred in ‘Beautiful: The Carole King Musical’, has written and performed in stage shows about iconic popstars Adele and Miley Cyrus and scored a spot on Grammy-winner Ricky Martin’s team on ‘The Voice Australia’. But Price’s latest role in ‘Lady Beatle’ is arguably one of her most challenging and rewarding roles to date, as she takes on one of the world’s most beloved musical acts of all time – The Beatles.

Price, who created ‘Lady Beatle’ with her best friend and frequent collaborator Adam Brunes, describes the production as ‘part magical mystery tour and part Beatles concert’. “It’s over 35 of your favourite Beatles songs jam-packed into 80 minutes but with a really beautiful story that is based on real-life events and it will have you guessing throughout the show. It’s full of heart and full of that same charm that The Beatles are so famous for.”

While it’s been more than 50 years since The Beatles last performed together during an impromptu concert on a central London rooftop, Price believes it's their innovative and relatable songwriting which continues to make them so relevant today. “It’s pretty amazing to think that shows like ours and movies like 'Yesterday' are still being made and people are so intrigued and fascinated with The Beatles. But I think genuinely the reason they are still resonating with people today is because they wrote over 300 incredible songs and they are some of the best songs that have ever been written . . . It’s just remarkable and it means that there really is something in there for everybody, and their style and the way they were writing at the time when the world of music was changing so rapidly reflects that.” 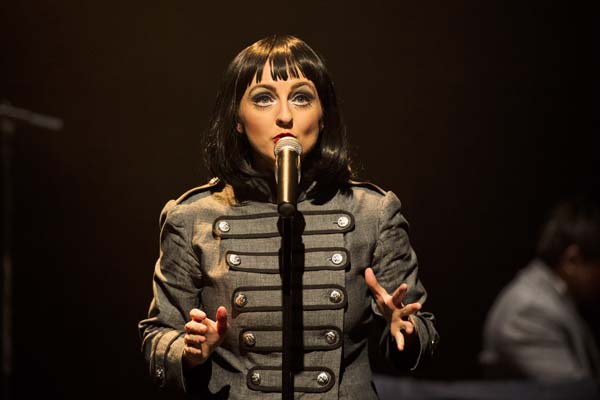 
While Price claims it’s difficult to choose a favourite Beatles song, one track she is looking forward to performing is the groups 1967 chart-topper ‘Penny Lane’. “We do a slightly different version of it in our show and when we came back together to rehearse it a few weeks ago, I was like, 'damn that is a great song'. It’s one that’s kind of easy to overlook because it is quite simple in its form but it’s so beautiful and I love that they’ve been able to capture the extraordinary and ordinary everyday jobs. I think that’s so special.”

‘Lady Beatle’ is the latest production in Price’s self-described ‘trilogy of pop culture cabarets’ and while Price has taken on the likes of Adele and Miley Cyrus in her shows ‘Rumour Has It’ and ‘Wrecking Ball’ respectively, she admits there is more pressure performing Beatles music. “'Lady Beatle' is the most theatrical of the three shows . . . Adele and Miley Cyrus were the biggest artists at that time when we were writing those shows and The Beatles are probably the biggest artists of all time, so there’s definitely more pressure performing 'Lady Beatle' . . . But I think our audiences have followed our work so faithfully over the years that they know they’re going to be taken on to a fantastic journey and it’s okay to strap themselves in for the ride. Plus the songbook is so epic.”

The ‘Lady Beatle’ national tour will see Price perform for 14 weeks in 32 different venues around the country – including a particularly memorable one for Price, Queensland’s Redland Performing Arts Centre. “We’ve got a great relationship with Redland Performing Arts Centre, this is the third show we’ve taken there and we’ve sold out every time. It’s an amazing room and such a great theatre and audiences are so fun. Both of the times we’ve been there we’ve had an absolutely wild night and I have no reason to believe that 'Lady Beatle' will be any different.”

'Lady Beatle' makes a stop at Redland Performing Arts Centre on 22 August during its national tour. Click here for the full list of dates.

Tweet
« Snake Sessions: A New Kind Of Performance On The Sunshine Coast Yamato: The Drummers Of Japan Brisbane Review @ Redland Performing Arts Centre »
back to top