Lord Of The Flies: Survival Of The Fittest In Beenleigh 'Lord Of The Flies' by Beenleigh Theatre Group.

The Beenleigh Theatre Group will be kicking off 2018 with an adaptation of the classic 1954 novel ‘Lord Of The Flies’ by William Golding.


Telling the story of a group of boys stranded on an island the original book dealt with power dynamics and asked some pretty deep questions about human nature. We spoke to the Director of the play Brad Chapman as he prepared his young cast for opening night explaining what he was looking for.

“The play itself is very intense so what I was looking for with them is their ability to hold that intensity over a long period of time which even a lot of skilled professional actors can’t always do,” he explains.

In addition to his numerous theatre work, Brad has been a drama teacher since 2010 and is very happy with the work his young cast are doing, “I think the thing that audiences who are used to the text, what might be new for them, is seeing those characters really embodied and these new things brought to the characters that these boys have brought to them.” 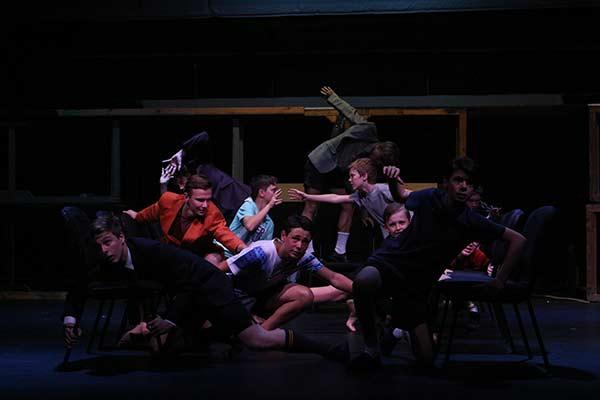 These characterisations from the cast is one of the key factors of what the stage adaptation can bring to audiences familiar with ‘Lord Of The Flies’ which is widely studied in schools with Brad going on to say “it’s a great book but I feel like it’s written more though with the characters written as symbols rather than written as people so in our production we are very much focused on the humanity of the characters. When Golding wrote it, he wrote it allegorically and he wrote it to represent other ideas and that is what the characters do in that text, whereas in our show I find the characters are really fully fleshed out, believable, relatable human beings. So I guess that’s what’s different about this show than maybe the book.”

Additionally the Beenleigh Theatre Group will be making some changes to the layout of their stage and how it interacts with audiences with the Director excited to bring the intense action right up to the audience members telling “'Lord Of The Flies' itself is set in a few different locations, like it’s set in different parts of the island. We’ve built a sort of a podium, a few podiums that they use for height. We’ve also brought a lot of the action right down onto that carpeted area in the front so it’s literally 30 centimetres perhaps from some of the audience members' faces. There’s a few moments where they'll like kill the pig and they get quite violent and graphic and some of that happens right down really, really close. They’re totally immersed from go to whoa.” 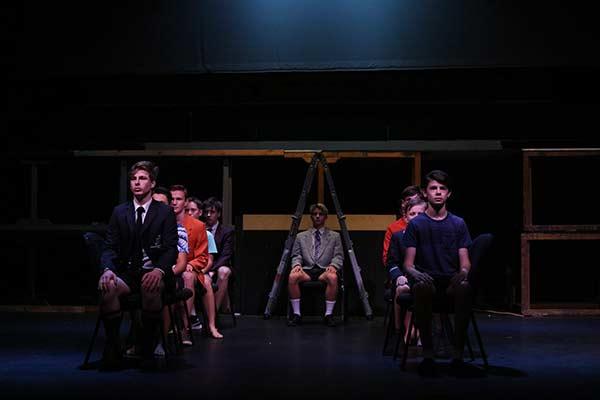 Audiences should expect a fresh take on what is still a relevant text. In addition to Brad believing the book was commenting about the political climate at the time which still reflects current events there is another angle which he believes is a strong theme. “The other angle is the idea of what is inherent behaviour and what is learned behaviour? Are people inherently evil or do they learn evil or does evil exist outside of us and it’s something that we latch onto when it’s offered to us? It’s that age old question of good versus evil and where those sorts of things come from.”