Independent creator Joshua Pether has created a sci-fi adventure, filled with questions and explorations of the surreal.


'Jupiter Orbiting' combines movement, sound, and video in an attempt to negotiate the hazy boundaries of reality and fantasy.

It's simultaneously immersive and visceral for performer and audience alike.

Here, Joshua talks about his creation and what audiences can expect to get from it when it lands at Perth Institute of Contemporary Arts.

This is all about what is real and what isn't. Where did that idea come from?
The idea came has come from a series of works I have been creating over a period of time. The first work was 'Monster' and it looked at the beginning of the decay of the mental state and 'Jupiter Orbiting' has mainly been focused on the reality of living within that decay. The works are all related to trauma and the processes ones goes through when experiencing and understanding this event. In this instance the real and unreal is in relation to your identity being taken away from you through a childhood event and the reality of trauma is often you are not sure if what happened to you is actually real or not. So sort of like living in a fairytale.

You've mentioned that this is the most intense experience you have been part of. Did you expect it to be, when formulating the show?
I specifically set out a challenge for myself since my last work. I felt 'Monster' touched a nerve with audiences in terms of understanding and engaging with such a controversial topic. I also felt that there was more of the story to be told and found the opportunity to continue on this journey when I was commissioned by Next Wave and PICA to make 'Jupiter Orbiting'. I combined the visceral nature of 'Monster' and added in an extra element with live music and sound being performed at the same time. These live elements affect my biochemistry like nothing else I have ever experienced. The assault of the music against my body and psyche is phenomenal and there are times that I can almost feel my soul leaving my body. It is definitely a real challenge to do this show and to do it four times in a row (which happened at NW and now PICA) is a feat of endurance for me. However through this endurance a shaman like quality arises and you feel like the proverbial phoenix rising up from the ashes at the end. 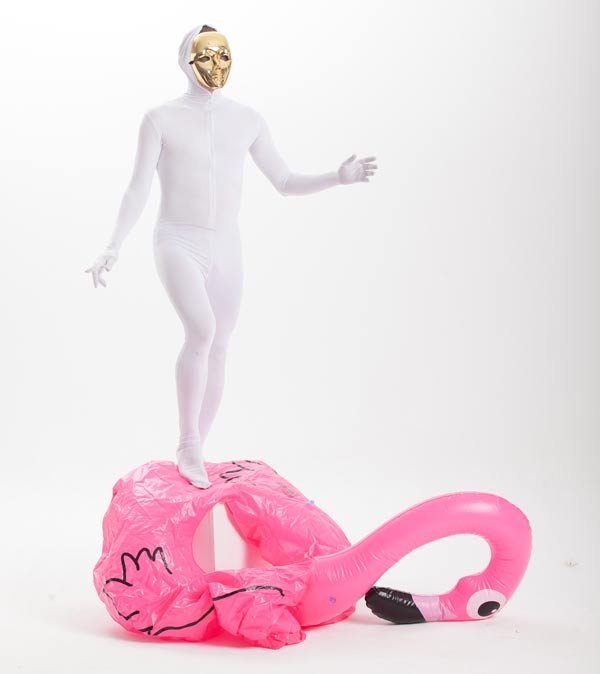 
Aside from keen theatregoers and lovers of dance in general, who is the target audience for 'Jupiter Orbiting'?
One of the things when making this show was I made it specifically from the perspective of someone who lives with and experiences mental health realities and are part of the neurodiverse spectrum. I have found that the people who respond most positively to this show are the ones who have, are living or understand these experiences. However over the time we have toured I have found that regardless of race, gender or class – everyone has something they can relate to when watching this 'performance'.  While some take away some sort of narrative about what they have seen, others will just understand the deep-seated trauma embedded in the work. It has been a powerful thing to witness something you create affect so many people both nationally and now globally as well. So I suppose the answer to the question is anyone really who has an open mind and heart about experiencing something different.

And in a perfect world, what are they leaving the show thinking and feeling?
As I mentioned before, most people who have seen the show or people who have reviewed it have always taken away some sort of narrative about what they just seen. While none of this is wrong, I feel the intention of the show is not necessarily to develop a narrative so that you can make sense of what you are seeing, but rather to sit in the 'confusion' and to make your own inferences about what you have experienced. The show is very much a visceral and immersive experience about one person's experience of trauma through the refracted lens of dissociation. This makes it hard to understand but in many ways that is the point as well. I want audiences to come away with the experience of what it is to live in this reality and that sometimes this can be confronting and dangerous. But that's the reality.

The show has been performed all the way in NY, what was that like?
Being able to perform the show in NY and not only in NY but PS122, an iconic space and the home of experimental art, was a dream come true and also one to tick off the bucket lists of things to achieve as an artist. I felt immensely privileged to be a part of that experience and was also humbled by the audiences response to the work. Both the shows sold out before we even arrived and not only that but the festival I was part of, which was the First Nations Dialogues, had an unprecedented turnout for audience numbers for this type of work. It was such a monumental experience in both scale and depth. Definitely a highlight of my artistic journey so far. 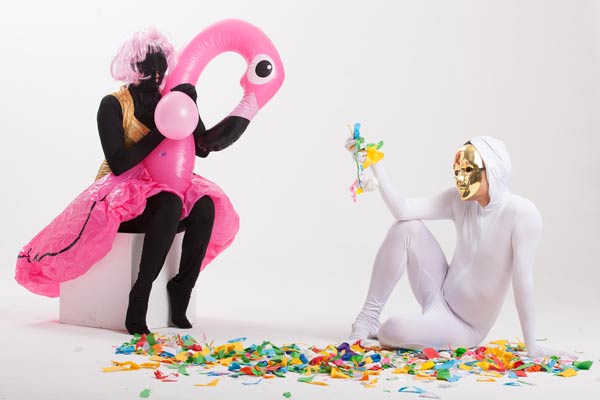 
You presented your first ever solo work two years ago. What are some of the things you have learned since?
One of the things I have learnt since presenting my first solo work is not to be afraid of your artistic voice. Everyone has different experiences in life and it is important that those experiences are reflected in the art you make. While what you make may not necessarily resonate with the general public, as long as it remains true to what the intention of the work is then it has succeeded as far as I am concerned. I have also learnt that sometimes this path is 'the path less travelled' and this can also be a lonely experience as an artist. But at the end of the day that is the art I make and I am proud of that.

Do you have any advice for aspiring dancers or theatremakers when it comes to putting shows together?
My advice to this is probably similar to what I mentioned before, be willing to take risks with the work you make. Be brave about the choices you make and also be willing to support those choices when they are challenged by your peers or the public. Many times I have found that my original idea has often been what the work has ended up being about, with maybe a few changes to the structure and form but often echoing the origin of my thought processes. Give your ideas time and space to allow for this happen. Ideas take time to germinate and the more time you have the better. Also, question if you need to make the work now and if that time is more suited to the development of the work rather than the presentation. Organisations will often understand these things and if they don't, then question if this is the right platform or organisation to be supporting the work.

And where do you hope to go from here?
After this I am looking forward to some time to be immersed in my practice through some residency and workshop opportunities abroad and over east. I will be heading to Dusseldorf around August for a few weeks to take part in a workshop and then over to Sydney for a residency. I will be concentrating on career development and creative process as opposed to performing in work. These opportunities are rare, so I am excited to have the time to explore my practice in a supportive and funded environment. I also have a few opportunities coming up with some organisations over east next year, nothing set in stone but the communication has been opened which is the most important part of this process.