Home Of The Arts (HOTA) on the Gold Coast is welcoming the warm weather in Upspring – the new live programme bursting with art, performances and more.


Audiences can expect performances from some of Australia's best singer-songwriters, storytelling, panel discussions, movies, and – in a first at HOTA's Outdoor Stage – Queensland Ballet's short and exclusive season of 'Giselle'.

'Giselle' is a ballet of the romantic era, following the story of an innocent girl tricked into love with a deceitful Count, before transforming into a forgiving spirit who saves her lover from a vengeful death.

“We are thrilled to be back on the stage, not only to do what we love, but to give back to our audiences who have been so generously supportive through this unprecedented time,” Queensland Ballet Artistic Director Li Cunxin says. 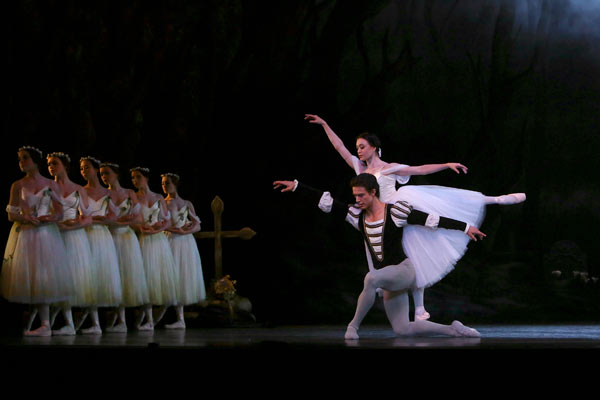 "Upspring is the perfect compilation of live performances and great art in the outdoors that will bring people together to share in the extraordinary experiences HOTA continues to bring to the coast," HOTA CEO Criena Gehrke says.

Upspring kicks off with Supper Club, an opportunity to get up close and personal during a series of Saturday nights in HOTA's Lakeside Room, with performances from Dami Im, Sarah McLeod, Katie Noonan, Washington and Sahara Beck.

Circa's 'Peepshow' will turn cabaret on its head, before Neil Diamond's 'Hot August Night' is performed by The Good Band on the Outdoor Stage. 
Cinemagoers can see the Queer Film Festival curated by the Gold Coast Film Festival, featuring a series of vivid and engaging films. 'National Theatre Live' returns to the stage with James McAvoy in 'Cyrano de Bergerac' and Flickerfest brings with it a feast of bite-sized cinema.

Alison Lester AM's book 'Magic Beach' will be brought to life on stage, by the team behind 'The Gruffalo'.

HOTA will joins forces with VAULT to present 'The F Word', a day of panellists discussing feminism in the art world chaired by curator and art advisor Alison Kubler.

Then, throughout December, HOTA's Fridays On The Lawn continues with '12 Days Of Christmas' – free live music throughout the parklands celebrating the festive season, with performances from Queensland artists such as Benny D Williams, Trichotomy, Bobby Alu, Karl S Williams and more.

Find out more about the Upspring programme here.

Upspring takes place at HOTA from October through to December.