We are well and truly living in the digital age when a group of dancers have their every move decided by computer technology – presenting 'Forgery' at Brisbane Festival, the latest concept performance from the Australasian Dance Collective, and the first in what looks to be a revolution in how a live work is conceptualised.


'Forgery' mastermind, award-winning Australian dancer, sound designer, choreographer and creative coder, Alisdair Macindoe, explains, “It’s a choreographic experiment in which we are asking the dancers to react spontaneously to instructions that are fed on stage and forge an entirely new dance work in front of the audience.”

Evidently, no two shows will be the same. “No two rehearsals will be the same!” adds Alisdair. “The algorithm I’ve made, one of the functions I created was you could give dancers choreographic tasks.

“In the development period, it gave group choreographic tasks but replicated very common format in how you create choreography – in this case, it was given prompts and counts.

“The material that they have [from this process] that the dancers come with to the show is dictated by the machine. It might tell them where to go in the space and give them a piece of music to dance to and really, it’s creating everything live, a spontaneous piece of dance.”

The programme designed by Alisdair that will dictate the performers’ every move doesn’t have a physical presence on stage in the form of an A.I. In fact, the audience will perceive its manifestation through the audible and projective text elements of the show. “The programme is written as a text generator,” Alisdair says, “it spits out text and that is converted into a computer voice and will then annunciate the instruction. 
“It will say, ‘Amelia, in this space. . .’ through speakers, and the dancers will have to react instantly. The audience will or will not be privy to it – either hearing or seeing it on a projected screen.

“There’s every possibility as to whether the computer chooses what the audience sees or hears from it.”

Alisdair is truly the puppet master, harbouring a concept and executing a fascinating new style of performance that allows him complete control over everything. “I’ve tried to create a system that really relinquishes my control to the programme, in some degree, using the computer in a way that represents me artistically,” he says modestly.

The artistic experience of such a concept is an exciting one. Though there will be something about it that does or doesn’t work each time, Alisdair says he’s emphatic that attendees will get something incredible out of attending 'Forgery' more than once. “The audience is almost participating in the experiment by saying, ‘How broad are the potentials and possibilities inside this system, and what does it look like to compare different performances?’” 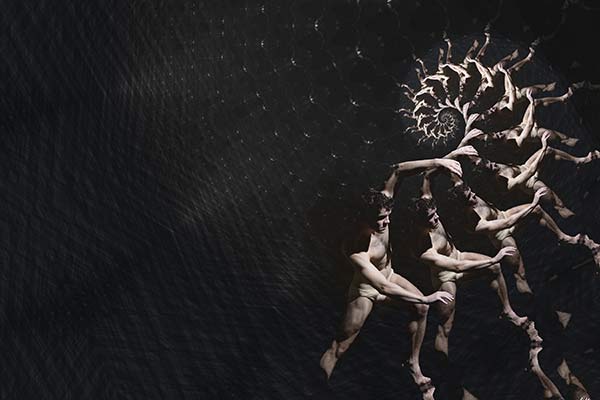 
Playing with a digital mind isn’t without its risks, so what could go wrong? “There’s no language or text that comes outside of known possibilities,” Alisdair says. “The big risk, creatively speaking, the fact I’m relinquishing control, there are literally trillions of outcomes as to what could happen.

“That’s where that risk is – building a relationship with a computer which you allow to represent your choreographic world, that’s kind of a creative risk.

“But I’ve tried to design the system so that there will be no technical risk. So, the risk is, what will the audience experience?

“They can watch and try and resolve ideas instantly, and I find that to be an exciting social event to happen, to watch people in a reactionary state. Watching humans be responsive and genuinely not know what they’re about to do, and respond to that situation.”