Fangirls: A Misunderstood Force Of Nature Examined In The Form Of A Musical If you heard the words ‘a bloodthirsty musical comedy’ where would your imagination take you? Well, you needn’t be afraid, because Yve Blake is its creator and right now there is no talent quite like hers.


Queensland Theatre’s Bille Brown Theatre invites ‘Fangirls’ in without apprehension. Playwright, singer, and comedian Yve Blake is joined by a brilliant cast of predominately new young faces which is so apt because this show is the embodiment of bringing a much ‘fresher face’ to theatre.

“What happens in the show is that you watch a 14-year-old fangirl stop at nothing to win the attention of the man who she is in love with – his name is Harry and he is one of the biggest pop stars on the planet,” Yve explains. “What the show is truly about is how the world underestimates young women and particularly how the world looks at young female enthusiasm.”

Five years ago, Yve met someone who planted the proverbial seed which then grew. “A fangirl changed my life. I met her and she told me she loved Harry Styles so much that she would slit someone’s throat to be with him and I became morbidly fascinated with fangirls. I started researching and I was like 'wait a second, I wouldn’t have made any of the same ‘assumptions’ about her if she was a boy talking about football'. Why is it that the image of young men screaming their lungs out at a football game and even crying is considered passionate, loyal ‘love of the game’ but girls screaming at a Bieber concert is pathetic and scary and hysterical?” 
And a fair point she makes. There is no comparative piece of theatre when it comes to 'Fangirls' and that’s the whole idea. Yve explains, “I fell in love with theatre when I was a teenager, it was truly like finding something that gave life and new dimension, it made me go 'this is what I actually feel like I’m here to do', but I also felt some inherent frustrations with theatre as well.”

Yve Blake has taken these ‘frustrations’ and used them as fuel to her jets.

“I have more resources than I have ever had, I am working with the A-team of Australian Theatre; an incredible music director and a whole group of people who are so aligned to what I’m trying to say and who, frankly, are making this idea that has inspired me one million times better by bringing their imagination to it. It’s pretty much gonna be a Beyoncé concert on the stage and also a trojan horse of a show because it appears to make fun of young women and appears to confirm a bunch of biases that people have about them, only to smuggle them into your heart and suddenly pull a knife out and shove it in your gut when you think that you thought you knew what was going on.”

The world premiere of 'Fangirls' is the dream that materialised for Yve Blake and she can not praise the rest of the cast enough for their hard work and she describes them as describes as 'brilliant, multi-roling actors and incredible singers'.

“It’s so exciting because they are freakishly young and I’m really excited for people to discover and go 'where have these guys been?', and then of course we’ve got Aydan, the guy who we’ve cast as Harry, who is very literally a popstar playing a popstar which is just going to be a delight. 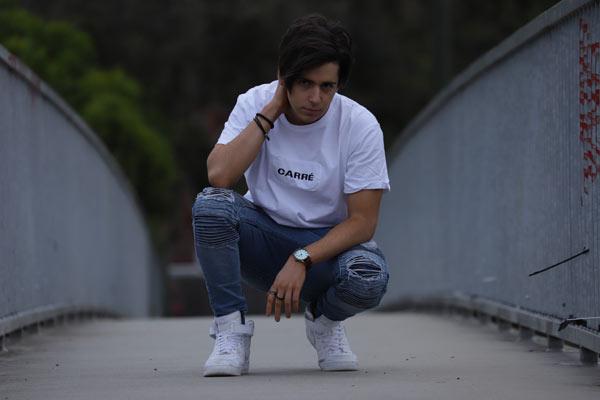 
“He’s done a bunch of talent shows so that’s his background – but what is really exciting about working with Aydan is that he’s only 18 and his talent is unbelievable, if you Google him and watch him you’re like 'oh, you’re gonna be huge, okay you’re a national treasure in wait', and this is someone who on a daily basis is interacting with fangirls and cares about the way they’re treated. To me that is inspirational in someone who’s only 18 and has 120K Instagram followers, he’s super wise and deserves credit for that.”

If you haven’t checked out musical theatre in a while, 'Fangirls' would be the rational place to re-enter as Yve promises to not give you “the same kinds of stories being told for the same types of people – no, I want to see theatre that is radical and adrenal and inclusive and rebellious.”