Elvis: Direct From Graceland – The Life Of An Icon Explored At Bendigo Art Gallery Elvis Presley is undeniably one of the most iconic and influential figures of the 20th century.


His music (more than one billion record units sold worldwide), presence and legacy has been celebrated countless times in countless ways, and now, exclusive to Bendigo (Victoria), Elvis: Direct From Graceland will continue this celebration.

The biographical exhibition will explore the stellar career of this larger-than-life performer – everything from the iconic music to the lesser-known aspects of his early years. Bendigo Art Gallery has been able to secure unprecedented access to the Graceland archives, presenting attendees with a comprehensive look at arguably one of the world's greatest and most popular artists.

We sit down with Curator Lauren Ellis to learn more about just what fans can expect to witness at Bendigo Art Gallery's Elvis: Direct From Graceland. 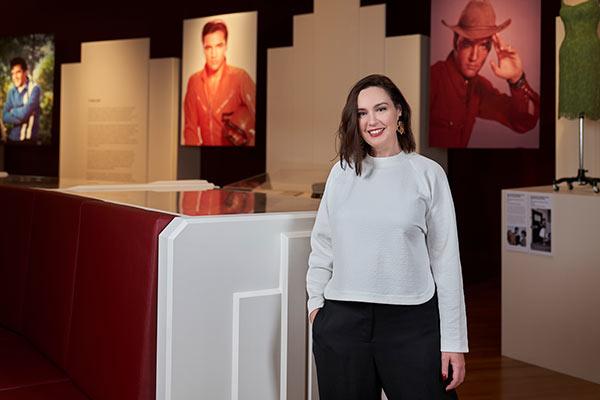 
Tell us a bit about this exhibition.
Elvis: Direct from Graceland will feature around 300 authentic artifacts owned by Elvis Presley, direct from the icon’s Graceland home in Memphis, Tennessee – including his military uniforms, an amazing array of his famous jumpsuits – to personal items like Lisa Marie’s baby clothes, Elvis’ first job application and the crayon box he took to school. Visiting Australia for the first time ever is a bright red convertible 1960 MG from the movie 'Blue Hawaii', the only car from his films that Elvis actually owned and had brought to the Hawaii location to get around in his free time. The exhibition will also feature many items that rarely travel beyond the Graceland gates, including Elvis’ wedding tuxedo and Priscilla’s wedding dress, two costumes from the acclaimed television performance known as the '‘68 Comeback Special', and garments from his eclectic home wardrobe.

How was Bendigo Art Gallery able to secure this collection?
Exhibitions exploring fashion history and the creative and cultural influences of celebrity style icons have been a part of the gallery’s programme for around a decade; we have presented major exhibitions on people such as Marilyn Monroe, Grace Kelly, Balenciaga, and most recently Mary Quant. Elvis Presley has long been an idea as arguably the single most profound influence on modern men’s fashion and style, in addition to his widespread appearance throughout 20th and 21st century art, design and pop culture. We were fortunate to build a relationship with the Graceland Archives team a couple of years ago with the support of our colleagues in Paramount Pictures archives in Hollywood, where Presley once made films in the 1950s and 1960s. With our strong background in exploring the history of fashion design, and the influence of style icons on our contemporary visual culture, we have been able to create a wonderful experience for our visitors with this story and collection – and tell Presley’s story with a new focus. Of course there will be a great sense of his music and film career and achievements, but with the expertise of our team and the incredible knowledge of the Graceland Archives and access to his personal belongings, this exhibition will offer many new insights about the man himself and his extraordinary instinct for creative design. 
As Curator, what’s your main role in how it all comes together?
My role has been shaping the story for our local context, finding the balance between telling Elvis’s fascinating biographical story and highlighting themes which are relevant and suited to us as an art gallery which focuses on visual culture. Elvis led such a rich life and packed so much into two decades of fame and creative output that I had to make difficult decisions about what we could fit in. So this involved working with the Graceland team to shape each ‘section’ of the exhibition, choose the right artifacts to borrow, and consider how to bring them to life with images, sound, storytelling, and the journey through the spaces.

Is there something in particular you’ve learned about Elvis in the process that might surprise some people?
A lot! I grew up in the era when Elvis was quite caricatured in the media as this satirical symbol of gaudy excess – gold sunglasses and rhinestones. I have come to understand the breadth of his musical influences and interests, and the importance of the historical and cultural context he emerged in. Memphis as a city, the transformation of the media and pop culture in the 1950s, and the rise of the post-war teenage consumer are all inextricable from Elvis’s story. I have also been fascinated to learn about his upbringing in poverty, his Southern manners and deep spirituality, his hunger for knowledge about politics, philosophy, and history, and how different the life he led was from that of celebrities today. He rarely engaged with celebrity circles, his closest friends were people from high school and the Army, he was private and most comfortable with ‘down home’ folks. 
What’s been your favourite thing about preparing this exhibition?
Learning Elvis’s story has been absolutely fascinating, and being inspired by fans’ energy and passion for Elvis is exciting too. Travelling to Memphis and visiting Graceland was also the experience of a lifetime, I never could have guessed what warm atmosphere the house still has. Visiting is a very special experience and I hope anyone who loves Elvis has the chance to go. Also rediscovering his music. We all know so many tunes Elvis made famous, but listening to them from beginning to end in one big project has been astonishing – his output was just so vast.

And what’s your favourite item within it, if you had to choose one?
I choose something different every time I am asked! My favourite today is the record player from Elvis’s bedroom, preserved exactly as it was the day he passed away. The last ears to hear the record on it were Elvis’s, the Archives team have never played it – so we don’t actually know what tracks are on it. It’s just labelled ‘The Stamps’ and is obviously a fresh pressing from the studio sessions they were doing in mid 1977 at Monument Recording Studios in Nashville. The Stamps were one of Elvis’s favourite gospel groups, his regular collaborators, and it shows that love of religious music stayed with him for life. 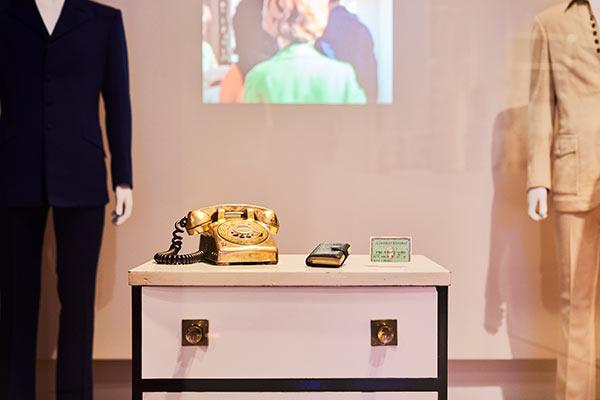 
Why do you think Elvis’ legacy has lasted as long as it has, and continues to thrive?
I think Priscilla Presley’s vision in establishing Graceland as a site of public history and fan pilgrimage, and her and her team’s strategic projects to continue to explore Elvis’s output and influence, have been instrumental to maintaining his legacy. And of course, his fans. Elvis fans are passionate to an extraordinary level, and the range of fan-led blogs, podcasts, social media groups, and clubs is phenomenal. It will be interesting to see how this evolves over the next couple of generations.

How are you hoping attendees respond to it?
As someone who wasn’t really a fan when I started researching his story, I (Curator) can say in absolutely good faith that his story is fascinating. His professional achievements are still unmatched by other artists, decades on from his death, and the profound emotional bond his fans feel with him is unlike any other celebrity I think. Learning more about his childhood in poverty, the historical context for why the timing was perfect for him to become a celebrity on a scale never seen before, and the genuine artistry he brought to his constant self-reinvention has been so interesting. Really Elvis’s story is also a story about the birth of modern media and celebrity culture, and the extent to which this one man has infused our psyche and visual culture so profoundly. Plus it is a really fun show – love him or hate him, the man was audacious and unapologetic in style. The stagewear is wild, his offstage fashion is ultra-cool, the bling is fabulous, and it’s a glorious snapshot of a person who just loved to dress up, indulge in some of life’s luxuries, and entertain people.

Elvis: Direct From Graceland is on at Bendigo Art Gallery (Victoria) from 19 March-17 July.
Tweet
« APT10 Festival At QAGOMA In Brisbane To Celebrate The Vibrancy Of The Asia Pacific Region 5 Things You Didn’t Know About The Arts/Mental Health With Karen Lee Roberts »
back to top