ARIA Award-nominated producer, singer-songwriter and multi-instrumentalist Danny Harley – aka The Kite String Tangle – will provide the soundtrack to the performance, in the form of an original composition. Danny has previously worked with the likes of Fatboy Slim, Clozee, Dustin Tebbutt, Lastlings, Woodes, and Queensland Symphony Orchestra.

'Aftermath' by Jack Lister and Amy Hollingsworth opens into a haunting world of disquiet, both familiar and unfamiliar. Then, moving through a landscape of fragmented memories and imperfect recollection, the events which have transpired slowly come to light.

This is Australasian Dance Collective's first season at Brisbane Powerhouse, and 'Aftermath' promises to be a rousing aural, visual and sensory trip as audiences are hurtled through a cascade of events toward a climax. It's part-gig, part-performance. 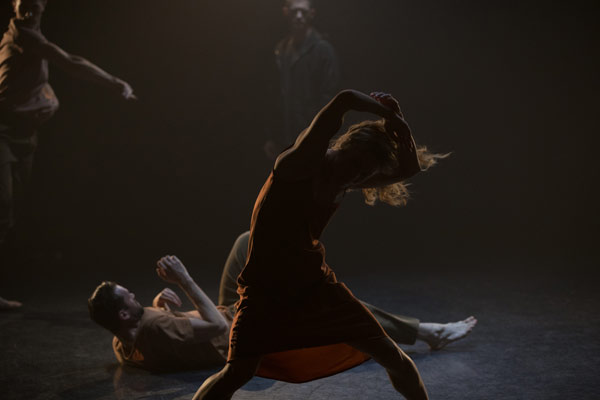 
"'Aftermath' has an entirely local creative team and cast – launching this new ADC season at Brisbane Powerhouse, which is known for its contemporary programming, seemed like a perfect fit," ADC Artistic Director and 'Aftermath' co-creator Amy Hollingsworth says.

"I have been following Danny’s music for years and have always wanted to collaborate with him. I felt that a Danny and ADC mash up could be something quite incredible – for us to step into something new as a dance company and for Danny to unleash some of his more experimental ideas."

Meanwhile, Danny says the timing of this collaboration was perfect for him.

"I’d just come back to Brisbane from a residency in Berlin and was desperately wanting to make some more experimental music that wouldn’t necessarily be expected of The Kite String Tangle project," Danny says. "So when this opportunity came up, I jumped at it. Amy, Jack and I were immediately on the same page about the direction of the project and it was a really natural unfolding into the dark dystopian world that became the 'Aftermath' show."