Brisbane Festival returns, bringing with it a fresh new look and programme, promising to fill the city with joyous connections, curiosity, inspired stories and a deep civic pride.


The 2022 event marks the third programme from Artistic Director Louise Bezzina. It features more than 580 performances, 230 of which are free. There are 22 new works, 12 Queensland premieres and 6 international presentations.

‘Lights Up’ stars Jessica Mauboy as she performs an anthology of her greatest hits, in a dazzling opening night concert event. Meanwhile, the BOQ Festival Gardens will transform South Bank Parklands once again into an inner-city wonderland of food, wine, entertainment and discovery. 
South Bank Piazza will welcome a number of acts, including the Queensland premiere of strut & fret’s ‘The Purple Rabbit’, ‘Cirque O L I O’ an all-ages magic, circus and dance spectacular, Australasian Dance Collective’s ‘Aftermath’ and ‘Sweatshop’ by Briefs Factory International. Plus, a series of concerts including The Whitlams (celebrating the 25th anniversary of ‘Eternal Nightcap’) and Katie and Tyrone Noonan marking 20 years since ‘Polyserena’. 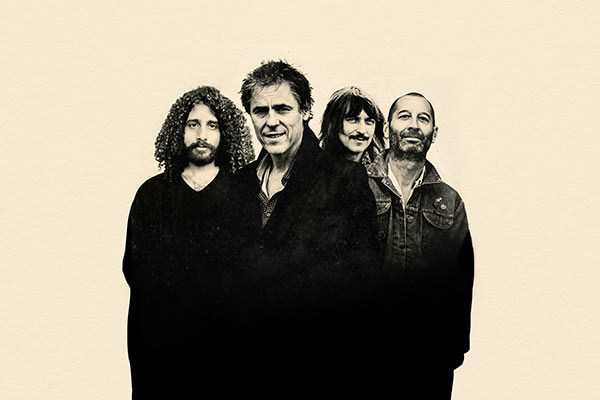 
Those who are fans of the familiar will be pleased to hear that smoking ceremony Jumoo, Riverfire, Brisbane Art Boat and Brisbane Serenades (an evolution of Street Serenades) will all be back in 2022.

Queensland Performing Arts Centre (QPAC) returns as a festival hub, will all four of its theatres housing major theatrical events, such as ‘Fourteen’ from shake & stir, ‘Holding Achilles’, and ‘The Call’. Additionally, QPAC audiences can look forward to the likes of ‘Girl From The North Country’, ‘Sunshine Super Girl’ and ‘Manifesto’.

“The Queensland Government supports Brisbane Festival to tell our stories, showcase new work and engage Queenslanders and visitors to the state with bold and engaging cultural experiences that create employment opportunities for the arts sector,” Minister For The Arts Leeanne Enoch says. 
“The Brisbane Festival is a vital incubator of Queensland’s creativity, originality and enormous talent and this year’s event will employ over 1,000 Queensland-based artists and arts workers, including more than 160 First Nations artists.”

“Queensland Government investment in 2022 will also support Brisbane Serenades with two new community programmes – Dance Halls and Nightwalks with Teenagers – to encourage important social engagement with the arts and to provide positive outcomes for the wider community.

“It is only 10 years until Brisbane 2032 and signature cultural events like Brisbane Festival play an important role in growing Queensland’s reputation as a cultural tourism destination and preparing our artists for a future world stage.” 
“Now more than ever, we must amplify the stories of artists and honour the power of the arts as a unifying force,” Brisbane Festival Artistic Director Louise Bezzina adds.

“As the 10-year countdown to 2032 begins, the time is now to show the world our personality, our vitality and our story.

“This year’s Brisbane Festival offers this window for those watching, with anticipation, what Brisbane looks, tastes and feels like.”

Tickets are on sale 9am 6 July.