Bell Shakespeare's 2021 season marks the company's return to the stage for the first time since the COVID-19 lockdown.


Now in its 31st year, Bell Shakespeare will travel across the country with a programme including an evening with company Founding Artistic Director John Bell, a remounting of 'Hamlet' and a staging of 'A Midsummer Night's Dream'.

Following an online sneak peek, audiences will be able to attend a live performance of 'One Man In His Time: John Bell And Shakespeare'. Presented at the Sydney Opera House and Canberra Theatre Centre, the one-man show reflects works from Shakespeare which have left their mark on John.

Audiences will also have a second chance to see revenge tragedy 'Hamlet' which premiered in early 2020 before COVID-19. Presented at Sydney Opera House, Arts Centre Melbourne and Canberra Theatre Centre, the production has been reimagined for contemporary audiences, transporting them to a wintery Denmark scene in the '60s.

Arts Centre Melbourne will host the debut of 'A Midsummer Night's Dream' before it travels to more than 26 locations including Hobart, Alice Springs and Mackay, and finishes up at Sydney Opera House. This classic comedy filled with magic and mirth reflects the company's ethos of providing all Australians with access to Shakespeare. 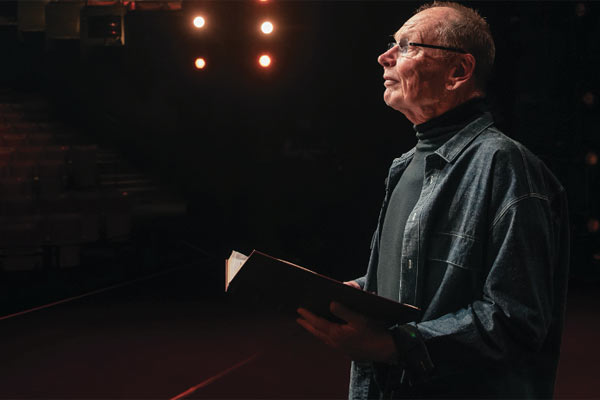 
"After a challenging year that saw us celebrate our 30th anniversary in a drastically different way than we had planned we can’t wait to get back into the theatre and enjoy live performance once again," Bell Shakespeare Artistic Director Peter Evans says. "We are going to keep celebrating Bell Shakespeare into 2021 and I’m delighted audiences will have a second chance to see our short-lived acclaimed 2020 production of 'Hamlet' as well as an opportunity to see John Bell’s insights, thoughtfulness, deep love of this work and generosity on full display for 'One Man in His Time'."

"To complete our year in a celebration of the theatre as we return to the stage, my refreshed and reimagined family-friendly production of 'A Midsummer Night’s Dream' will tour to over 26 venues in almost every state and territory in Australia."

Alongside the main programme, Bell Shakespeare will also be presenting their outreach and education programme across the country in schools, juvenile justice centers, Indigenous communities and community halls.

'Play In A Day' will entertain season package purchasers. It's a performance by company players which is read, rehearsed and performed in just one day. The plays featured include lesser-known works by Shakespeare's contemporary Thomas Middleton including 'Women Beware Women' and 'The Revenger's Tragedy'.

Bell Shakespeare's 2021 season begins with 'One Man In His Time: John Bell And Shakespeare' in March.