'A Flowering Tree' re-imagines an Indian poem about a village girl who can turn herself into a tree with beautiful white blossoms, which she then sells at the market to support her family. One day, a prince witnesses her transformation, and disaster (but also love) ensues.

Opera Queensland have taken a modern lens to the staging, with the orchestra not only fully visible – taking up the majority of the stage – but also being highlighted in the accompanying media installations. Individual musicians almost became characters in the production. The use of video and live filming projected onto large white sails above the orchestra was effective, but could have had even more impact. 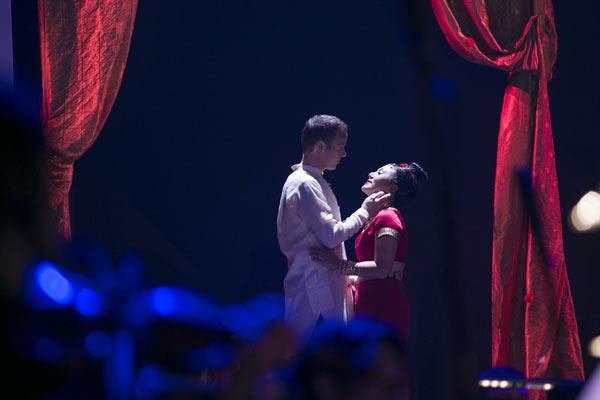 
The opera has only three featured characters: Kumudha (Eva Kong), the Prince (Adrian Dwyer) and the Storyteller (Craig Colclough). They circle the orchestra on stage during the performance, with their faces beamed up onto the white sails behind them. This is interspersed with footage of greenery, traditional Indian illustrations of the story, and dramatic enacting of scenes. The use of video in these instances is great, and really could have been amplified.

Perhaps animation overlaid on the image of Kumudha singing could show her changing into a tree. Full creative use of the multimedia technology could have really elevated the performance, highlighted the magic of the story, and crucially, kept the audience engaged. The second half of the opera was particularly slow. 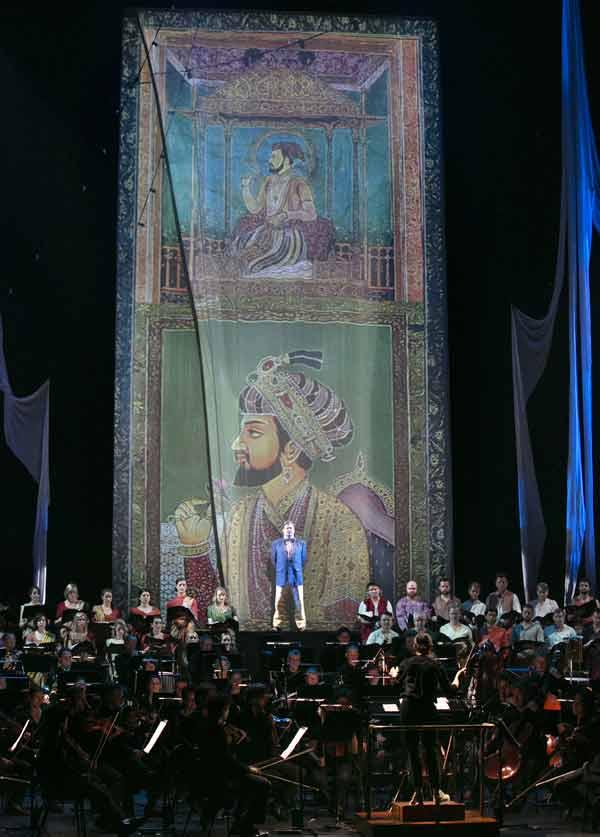 
The performances themselves were very impressive. Adrian Dwyer in particular as the Prince showed a lot of emotion, and really brought his character to life. The casting of a Korean-born singer as the lead, and an orchestra led by a female conductor were also inspirational. A quick note on costuming, while the other characters were garbed in traditional Indian attire, the storyteller was dressed in beige linen trousers, a light blue blazer and a mauve shirt. He didn’t quite fit, and as he was the most visible performer, it would have perhaps been more fitting for him to also dress in traditional, but more understated, clothing. In contrast, the downtrodden Kumudha all dressed in black was extremely visually impactful.

With its imaginative staging, and flawless performances, 'A Flowering Tree' is an ideal English-language entry point for all opera novices.