Created by Trigger Happy ('America's Got Talent' 2019), 'Shreklesque' is an award-winning show offering its audiences a smorgasbord of performance styles, parodying the iconic 2001 film 'Shrek'. There'll be burlesque, drag, and musical theatre in this night of frivolity, raunchiness and hilarity.

Here, Ben Trigger, Producer of 'Shreklesque', lists five unexpected surprises about the show before it hits the road.

'Shreklesque' not only stars burlesque and boylesque performers, but hosts an array of drag artists and musical theatre performers as well. 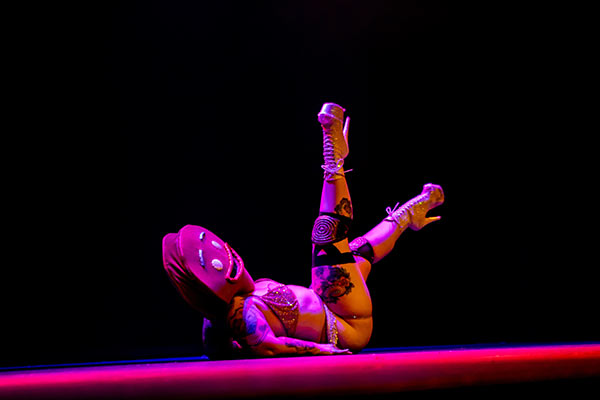 Shrek himself (Trigger Happy) appeared on 'America's Got Talent' in 2019 – you may remember his infamous act where he accidentally pressed his own golden buzzer!

The Dragon actually flies – we can't tell you how, so you'll have to come to the show and find out for yourself!

All of the costumes seen in the show were handmade by local Brisbane costume designers and there are over 100,000 rhinestones that were all individually glued on by the cast members.