5 Things On The Menu In Table For Two? Playing Adelaide Fringe Will Tredinnick in 'Table For Two?'

What do you get when you combine terrible table service with a bunch of laughs, a flamboyance of flamingos and performer Will Tredinnick? You get 'Table For Two?'.


It's complete chaos – a physical comedy blasting into Adelaide off the back of sell-out performances in Sydney – back to cut the mustard for its grand re-opening. Make sure you wear your bib. . . Things are going to get a little messy.

To ensure maximum preparation, the folks behind 'Table For Two?' have listed five things that are on the menu – and in the show.

One performer. Yep, just the one. His name's Will. He's from Sydney. He created the show. He would really like you to come and see it. Bring a date, bring a mate, bring your mum – it's a good time! 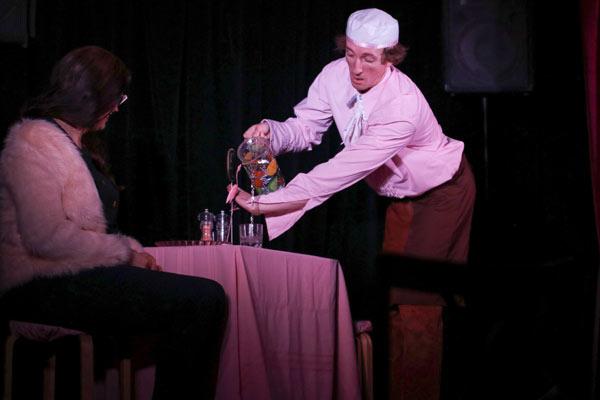 Three colourful characters. Will plays three different characters – a bumbling waiter, a rather enthusiastic chef, and an uptight manager on the night of their restaurant's 'grand re-opening'. It'll be just like a night out at that favourite restaurant of yours but with more costume changes. And a different menu. And you don't recognise the decor. Actually, this won't be anything like that restaurant.

An unwitting guest. Yes, unwitting. If you don't know what it means, you should look it up. It's the perfect word for this scenario. No spoilers! 50 minutes of award-winning physical comedy. There used to only be 45.

A lot of pink. Pink has been scientifically proven to heighten the effects of laughter when used in a restaurant setting*. This show has lots of it.
*No actual science was used in the making of this claim.