As Alex deals with multiple cases of loss in his life, he retreats into a world where he's trapped in space.

You ever seen all those cool shiny buttons in a sci-fi movie? Well guess what? Those are your buttons now. Press away dear friend, although I would avoid ones marked 'history eraser' or 'clear airlock'. And if you though the Roomba was impressive, wait til you see the droids they have in space. They have robots for everything now. Everything.

Remember when you were little and it seemed like you could jump and climb impossibly high forever and never get tired, but now that you’re grown up all that just seems too difficult? Well, turns out, that it’s NOT YOUR FAULT! It’s stupid old gravity! As you get older and larger, that pesky made-up-science known as gravity gets stronger and is literally holding you back! I say forget all that noise, get out into space and live your full potential. Jump into the sun if it feels right, at least you’ll be warm. Zero gravity is also great for weight loss. 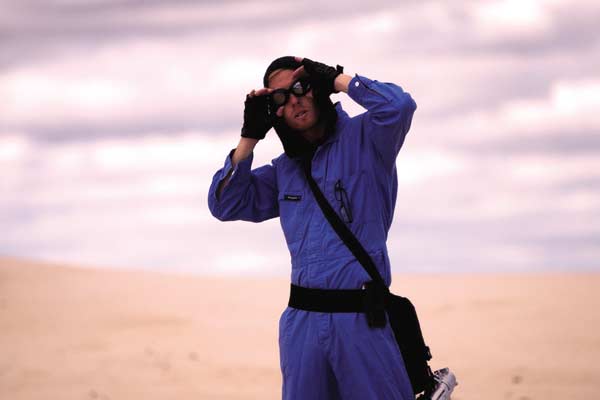 Oh sure, you’ll have to deal with your share of Predators, Xenomorphs and Jabba The Hutts, but it seems like a small price to pay for all the ETs, Yodas and Mork from Orks out there. For all we could learn from whoever or whatever is out there, surely it’s worth a couple of probes in the underpants area and getting left naked in a field somewhere. Right? Nanu Nanu.

It’s well documented that “in space, no one can hear you scream”. So what better place to offload your gripes without fear of retribution? So why not get some things off your chest, let some primal screams out into the universe, you’ll feel better. Some examples might be “Dammit Lara, you have to stop calling me, we broke up six months ago!”, “Trump eats babies to sustain his lifeforce!” or “$112 million!? A plebiscite!? What an insulting waste of our time! Grow some stones Malcolm and just bring this country into the future!”

Sometimes the world can just get a bit much and sometimes you wish you had a bit more space. Well, space is full of it. Space bloody everywhere. It’s in the name. But we should take turns, so it doesn’t get too crowded out there. And bring a jumper.

Tweet
« Open Letter From The Director Of Don Pasquale In Adelaide Catherine Alcorn Introduces Cabaret In The Glen, Sydney »
back to top