For some years now, WOMADelaide has had a clearly discernible theme.


It could be an instrument, a geographical region or, like last year’s feather tornado, a single performance that dominates discussion and social media feeds.

This year, most of the links were smaller – a brace of Welsh artists, some ska-infused brass bands and several young Australian performers born in Zimbabwe.

But fittingly, for an event that began on International Women’s Day, the biggest theme linking the acts at this year’s WOMADelaide was the group of inspirational female musicians who provided some of the festival’s standout performances.

On a long weekend (8-11 March) that offered snatches of afternoon sun interspersed with the slightest of showers that helped to keep the dust down, Angelique Kidjo was always going to draw a huge crowd.

Her energetic set included plenty of Talking Heads covers, adapted to emphasise their West African roots, as well as a number of more contemplative originals that addressed serious social issues. At times, the stage could barely contain the number of artists she’d invited to join her but none could match her energy when she cut loose – a whirlwind of limbs flying in perfect time. 
Among those musicians onstage was Fatoumata Diawara, who made a compelling case as the next torchbearer of West African song, while Sona Jobarteh’s intricate, intersecting melodies on the kora where utterly entrancing and belied her status as the first female to play the instrument professionally.

Representing another generation entirely, the 79-year-old Dona Onete was restricted to an armchair for her performance but was far from static.

As she sang over rich Amazonian funk with more than a hint of cumbia, she danced in her seat constantly and erupted in flurries of earthy laughter as she addressed the crowd in Portuguese, clearly delighted that they were responding to the music as energetically as she was.

But without a doubt the standout act of this year’s festival was Christine & The Queens, who utterly owned the stage on Friday night and provided one of the most memorable and uplifting performances in the festival’s history. 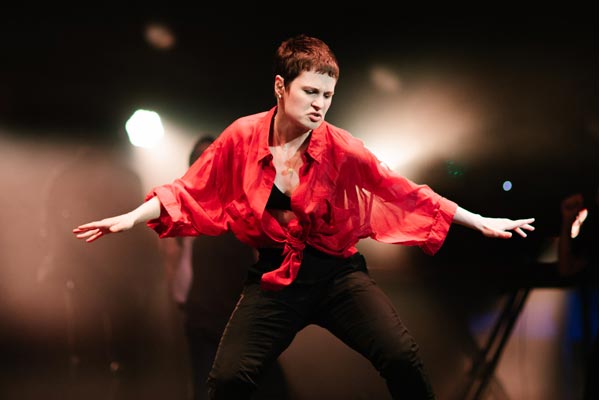 
It was a joyous, affirmative celebration of life packed with sweet synth-pop and g-funk bangers. Lead singer Chris threw every bit of herself into the performance, literally running around the stage with her red shirt billowing behind her.

The dancers were equally dynamic and the result was an unbelievably kinetic spectacle as Chris’ soaring voice rang out over squelching synths. As she finished, the crowd was left with no doubt they had seen a true star, someone at the peak of their powers who is still in love with her art and her fans.

When she provided that rarest of WOMADelaide phenomena, an encore, she and her dancers made their way through the adoring crowd before she was lifted up in an appropriately regal fashion and reminded the crowd to look after themselves and each other, even if we look different.

Earlier on Friday night, the first tough decision of the night came when Khruangbin and Kaiit were scheduled at the same time despite having only one performance each.

Khruangbin were by far the least talkative act of the weekend – they spoke only a few sentences throughout the set – but fortunately their music did the talking for them. The rhythm section of bass and drums provided a taut, funky backdrop for wild guitar escapades that drew on Thai and Khmer pop traditions and the lack of vocals only served to emphasise the otherworldliness of this unusual fusion. 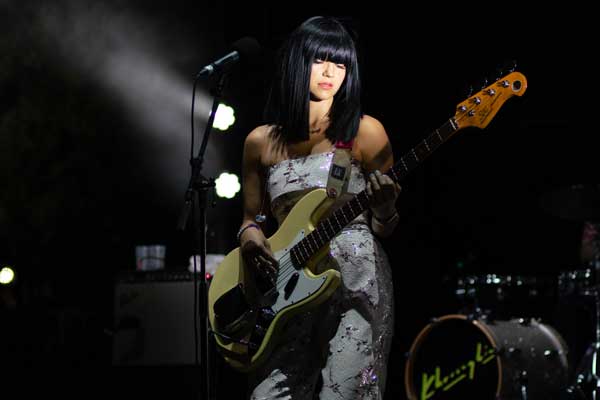 
At the more energetic end of the spectrum, dapper Congolese/ Belgian rapper Baloji’s eye-catching headgear was a hint of the enthusiasm and dance moves to come. His deep, authoritative voice exhorted the crowd to move to his funky rap and they willingly obliged.

But even his exertions couldn’t come close to matching BCUC, the South African seven-piece that eschewed treble tones for a booming percussion-heavy set-up with two bass drums. The result was a percussive onslaught that boomed and crashed like rolling thunder.

The unrelenting energy was irresistible as the lead singer worked himself, and the crowd, into a frenzy. 
WOMADelaide’s name refers to a world of music and dance, and Marrugeku was one of several dance companies at this year’s festival.

‘Le Dernier Appel’ began with solo dancers evoking the anguished cry of the dispossessed, a haunting tribute to Indigenous groups around the world fighting for their rights and identity.

Slowly, the dancers began to echo each others' moves and massed forms made their way across the stage. As the movements became increasingly fluid and gathered momentum, they morphed into a display of the strength in numbers.

In surges and peaks, the performance gained urgency as the soundtrack slowly turned into pulsing, throbbing techno and anyone who witnessed the performance knows just how much of a shame it was that the second set had to be cancelled due to injury.

The beauty of WOMADelaide is how much these acts reward one’s full attention, and yet how they can also be imbibed via osmosis, snatches of music heard over Yemeni flatbread or a Persian sour cherry drink.

A bathroom break might be soundtracked by the warm, rich groove of North African trance or the stuttering clatter of flamenco dancers beating out a rhythm with their feet.

And throughout the festival, there is the chatter of young and old attendees who have just discovered their new favourite band. Because WOMADelaide is a festival dedicated to the curious and there were many delights to be found in 2019.
Tweet
« Premiere: Watch Lucifer Gunne's New Music Video 'Energenetic' Download Festival Melbourne Review @ Flemington Racecourse »
back to top