The masterminds behind 'Quiz Meisters' and hailed trivia kings have gone against the grain and instead devised an 'anti-trivia' game show: for those with apprehensions about right or wrong answers.

'Majority Rules' is a live-polling programme that cheekily explores the morals and opinions of an audience using interactive technology and comedian guests. The name of the 'game' is to simply answer each question (often wacky and unpredictable, such as: 'who would win in a race between Usain Bolt with two sprained ankles or Queen Latifah on rollerblades?'), with crowd statistics then revealing the percentage of players who selected each answer. 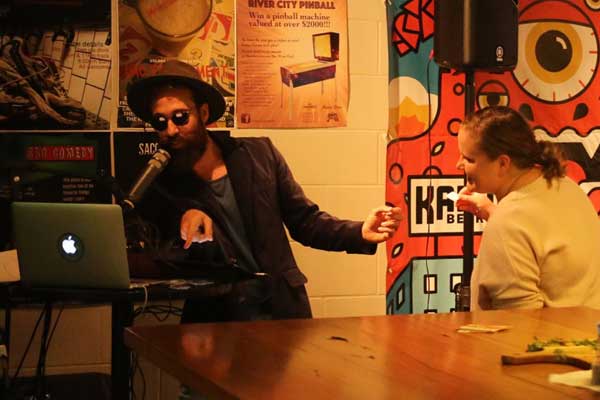 At the end of the game, the audience member who responded most similarly to the rest of the room is titled the 'white sheep', while the 'black sheep' is instead awarded to the most aversely answering individual.


Steffan van Lint and Chase O'Connell are the hilarious hosts and devisers of the concept. “There's a lot of people who strive to be different, they strive to be the black sheep,” Chase explains. “But then there's others who don't want to stand out, they want to be 'popular' and on-trend. The interesting thing about it is, if you've got a pretty diverse crowd, people who think they're a black sheep ending up winning a white sheep award, and vice versa. It purely depends on the demographic on the night.

“It's really strange. In the first show we ever had, my Mum won the white sheep. And she's a weird lady. So I guess you never know, even being a weirdo, you might have very popular opinions,” laughs Chase. 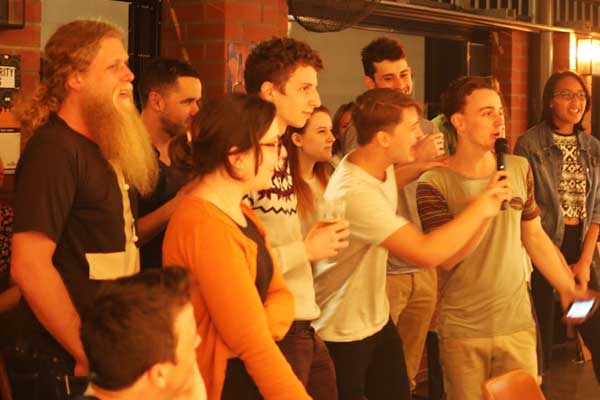 The two have strayed from their traditional, trivia tendencies, as founders of the popular 'Quiz Meister'. “We were so bored of trivia, we've being doing it for too long. We don't care about who was president in 1826, or about how many times Lindsay Lohan had been to jail. We wanted to have a show targeted at the average joe, where anyone could win: even the drunkest person at the bar.

“We were throwing around ideas and wanted do something that focussed more on subjective questions. It started off with the classic 'would you rather' scenario, and then we went away, explored it further, and realised the overall concept had legs.”


'Majority Rules' is centred around 'personal preference', instead of general knowledge. It's extremely interactive, with the hosts frequently turning to the crowd for comments or opinions. “I've had a pretty interesting childhood, so a lot of the questions just stem from my damaged past. I swear, a couple of eight-year-old kids could have written the content, it's stuff that everyone can relate to, stuff that makes people feel nostalgic,” Chase says. Steffan and Chase are constantly tweaking and improving the interactive technology, which audience members can access via their smartphones. At the moment, they say, they're in the 'testing' phase, attempting to wrap their heads around the 'app' before unleashing it to the wider public. “I'm an old man on the inside, Steffan's an old man in reality, so the technology is surprisingly complicated. The reason we're holding back is because we want to make sure the programme is truly ready,” Chase explains.

Despite intending on expanding in future, for the moment the 'Majority Rules' game show takes place in South Brisbane every Sunday night. “It's kind of cool that anyone in the room can win, and you don't need to be 'smart'. “It's more about having fun and discussing ridiculous questions and scenarios. Kind of like a weird, social experiment. Everyone gets to know each other a little. Probably a little too well, actually.”